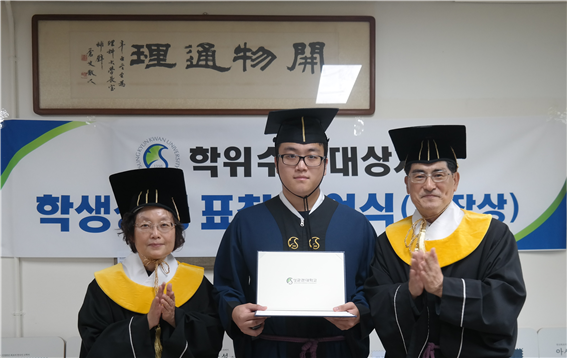 Han-bin Lee was faithful to his studies in mathematics and had a double major in economics. In order to gain professional knowledge in mathematics, finance and economics, he took intensive courses and received high grades. Also he has not only acquired theoretical theory but also obtained financial certification. Han-bin Lee was given this award because he had a strong goal and ambition to grow into a financial expert who wants to be passionate and active so became a good example for student success.
Dean of the College of Science and Dean of the Department of Mathematics presented the commendation and praised Han-bin Lee.

Next
SKKU takes 89th place in THE World Rankings. No.1 private university in Korea